I love coconut, and chocolate… so naturally Almond Joy candy bars are one of my favorites.  This homemade spin on the classic candy bar has all the flavors of Almond Joy candy, with an additional element… a buttery crust.  The resulting combination is a rich and delicious treat!

This recipe is made in a 9″x13″ pan, and the bars are plenty rich enough that they can be served in small squares.  One pan will yield about 36 bars, making this a perfect recipe to take along to a pot-luck, or large gathering.  These beautiful bars would be very elegant served in mini cupcake liners (as I usually do with my Fudge Mint Brownies), as part of a dessert table. Toast the almonds by spreading them in a thin layer on a baking sheet and baking at 375*F for 5-7 minutes. Keep a close eye on them, so they don't over bake. They should be a light golden brown.

Line a 9"x13" baking pan with foil that hangs over the edge (for easy removal). Spray the foil with a light layer of cooking spray.

Make the crust-
With a mixer, or food processor, blend the butter and sugar until smooth and fully combined. Add flour and salt, and blend lightly until almost incorporated. Add 1 cup of cooled, toasted almonds, and blend until just combined.
Press crust into the bottom of the prepared pan.
Bake 5-6 minutes in a pre-heated oven at 350*F.

Make the coconut filling-
In a bowl, mix the sweetened condensed milk, coconut and vanilla. Spoon the mixture onto the crust, spreading gently, so you don't distrub the crust.
Bake for 20-25 minutes, until the coconut is a nice golden brown.

Spread the melted chocolate over the baked coconut bars.

Place coconut bars in the refrigerator for about 1 hour, until chocolate has hardened.

When fully chilled, remove entire dessert from the pan by pulling up on the foil liner. Slice into bars, using a sharp knife, cleaning the knife (with warm water) between cuts if you want nice, sharp bars.

Bars may be served at room temperature, or directly from the fridge. Store remaining bars in the refrigerator, wrapped well. Can be made 2-3 days in advance.

Based on a recipe from Just a Pinch 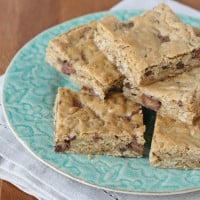 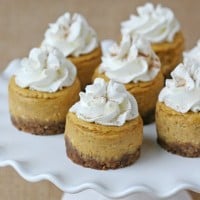 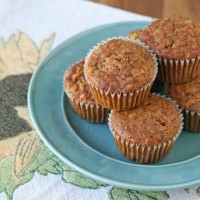